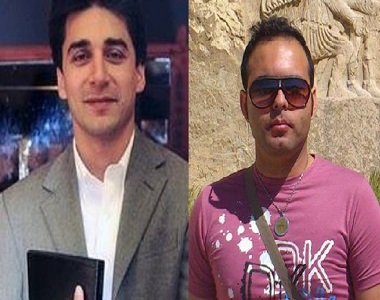 HRANA News Agency – The one-year-imprisonment sentences of Farshid Fathi and Arash Moghadam, who were charged following the raid to ward number 350, known as Black Thursday, were confirmed by the appeal court.
According to the report of Human Rights Activists News Agency (HRANA), Farshid Fathi, imprisoned Christian priest and Arash Moghadam Aslan Poor were sentenced to 1 years of imprisonment by judge Salavat. The sentences have been confirmed by branch number 36 of court of appeal. These prisoners were charged with producing alcoholic beverage in prison which were found after the raid of prison guards to ward 350. END_OF_DOCUMENT_TOKEN_TO_BE_REPLACED

HRANA News Agency – 7 prisoners who have been transferred from Evin to Rajaei Shahr prison, has been distributed among ordinary wards of this prison.
According to the report of Human Rights Activists News Agency (HRANA), Rasoul Abdullahi, Alireza Seyedian, Ibrahim Firuzi, Sohail Babadi, Ali Kazemzadeh, Ali Lavimi and Arash Moghadam, prisoners of ward number 350 of Evin prison were transferred to Rajaei Shahr prison on October 2. END_OF_DOCUMENT_TOKEN_TO_BE_REPLACED

The following is the full text letter that has been submitted to HRANA: END_OF_DOCUMENT_TOKEN_TO_BE_REPLACED