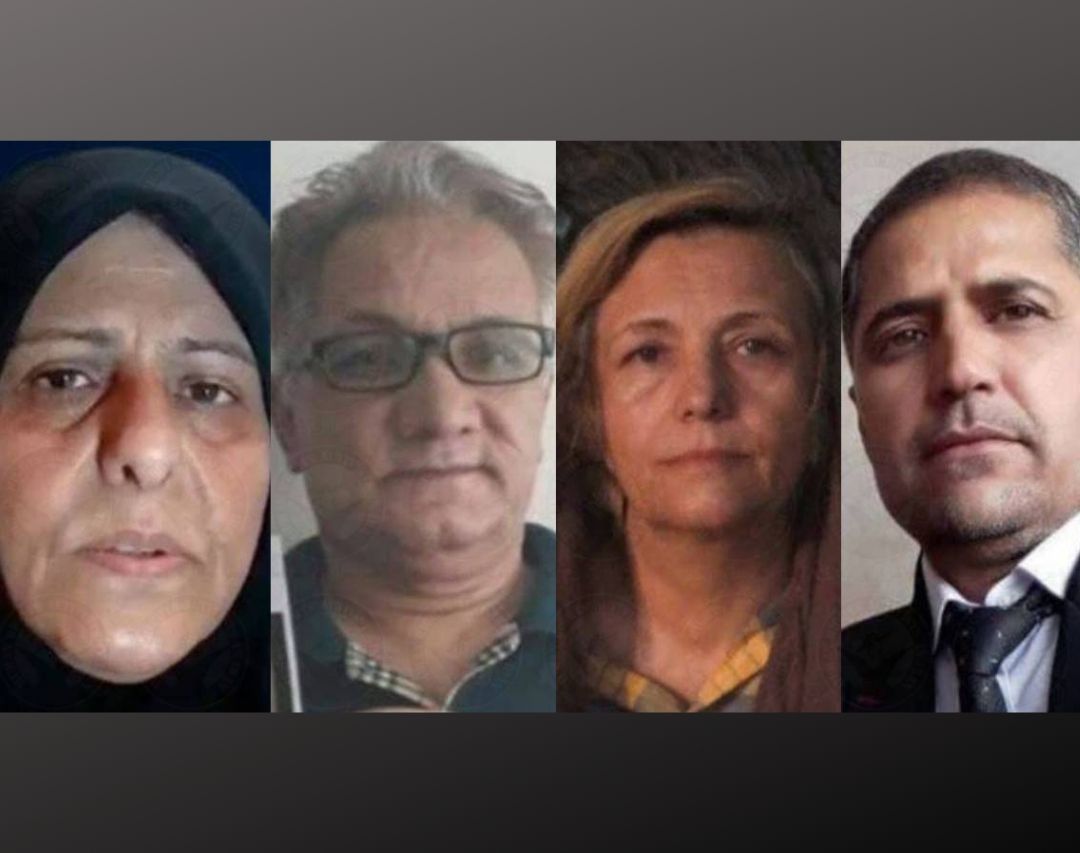 According to HRANA, the news agency of Human Rights Activists, Hashem Amini, a civil activist native of Bajestan, was arrested and transferred to Vakilabad Prison in Mashhad on Wednesday, August 4, after being summoned by the Gonabad prosecutor’s office. Meanwhile, Nosrat Beheshti, a retired activist living in Mashhad, was detained by security forces at his home and then taken to an unknown location.

Amini was previously arrested by security forces at his home in Bajestan on June 17 and had been transferred to the Mashhad Intelligence Detention Center. He was released on bail from the Gonabad Intelligence Bureau in Khorasan Razavi Province on Thursday, July 8.

Nosrat Beheshti had previously been detained for signing the resignation request letter of Ali Khamenei the supreme leader in 2019.
Javad Lal Mohammadi and Fatemeh Sepehri are still in custody. These citizens were arrested by security forces on Sunday, August 1, during a protest rally in support of the people of Khuzestan in Mashhad.

Fatemeh Sepehri and Javad Laleh Mohammadi, are also signatories of the request letter for the Supreme Leader’s resignation, and they had previously been arrested and convicted for it.

According to a source close to the families of the two civil activists, Ms. Sepehri informed her family about her detention in the Mashhad Intelligence Office detention center on a short call. However, Javad Lal Mohammadi has not contacted his relatives since his arrest. Mr. Lal Mohammadi’s family follow-up has been inconclusive.