A Daily Overview of Human Rights Violations in Iran for December 23, 2018

The following is an overview of human rights violations in Iran on December 23rd, 2018 based on the information compiled and verified by Human Rights Activists News Agency (HRANA).

(1) Iranian border patrol shot a 27-year-old Kurdish kulbar, Ali Mamveisi, in Sardasht. He was severely injured and was transferred to a hospital in Urmia.

(2) A 36-year-old woman committed suicide by self-immolation on December 22 in Kooy-e Saadi district in Ahvaz.

(3) In the last two days, six workers of Iran National Steel Industrial Group were released. More than 43 workers were arrested on December 19.

(4) A prisoner charged with murder was saved from death with forgiveness of the next of kin in Khuzestan.

(5) Behrouz Farzandi , a Baha’i prisoner of war and disabled veteran of Iran-Iraq war, has been denied his degree after completing a bachelor program in Business Administration.

(6) A citizen was severely injured after a mine exploded in Dehloran city in Ilam province.

(7) The Supreme Court rejected the death sentence of Marjan Davari, a 52-year-old translator and scholar in Shahr Ray women’s prison, who was sentenced to death on charge of ‘corruption on earth’ in 2017. She was a translator in the Rah-e-Marefat institution.

(8) Detained civil rights activist Reza Khandan was released on bail. His charges are “assembly and collusion against national security,” “propaganda against the state” and “encouraging prostitution by promoting non-observance of the hijab.”

(9) Esmail Bakhshi, a labor activist, returned to his workplace. He was a worker of Haft Tappeh Sugarcane Argo-Business and was released on bail on December 12. He was detained for 40 days in prison.

(10) Nader Fatourechi’s court was on session on December 23. He confirmed that he faced persecution over his criticism of prison conditions after his detention at Fashafoyeh Prison. He was released on bail.

(11) A woman suffers serious injuries after an acid attack by her 20-years old step-son in Tehran. The two had financial disputes.

(12) The director of burn prevention research center: 40 percent of the burn patients are children and more than 15 percent of them are the women who are the victims of self-immolation.

(13) In a statement, more than 600 teachers requested immediate investigation of the causes and the responsible authorities in a Zahedan kindergarten fire. They warned that more than half of the schools in the country are unsafe.

(14) The appeal court of a Baha’i painter, Shahriar Cyrus, who was arrested on June 2015 and was sentenced to five years in prison will be in session on December 25th. He was accused of ‘assembly and conspiracy against the state’ by offering painting classes. He was a student of Aydeen Aghdashlou, Rouyein Pakbaz, and Ahmad Vakili and had been teaching painting for many years. He has also published articles on philosophy and art history in Iranian newspapers.

(15) More than 60 workers in Iranian Rail Industrial Development Company (IRICO) have been laid off due to company’s financial problems.

(16) Two workers died due to an unsafe workplace in Dehdasht and Gonabad.

A Daily Overview of Human Rights Violations in Iran for December 19, 2018 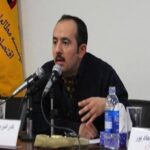 According to the report of Human Rights Activists News Agency (HRANA), on Wednesday 31st December, Nader Fatorehchi had a hearing in the Culture and Media branch of the Revolutionary Court in Tehran and after giving his last defense, he was released on bail until the trial. END_OF_DOCUMENT_TOKEN_TO_BE_REPLACED