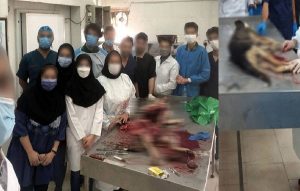 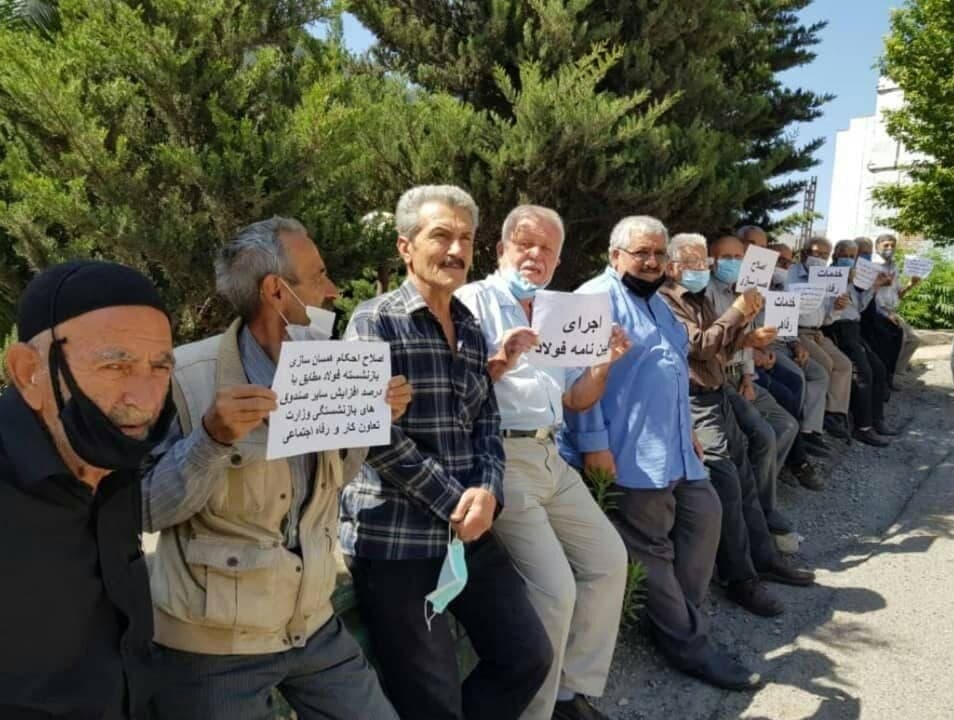 On Saturday, May 29, A group of farmers in Ahvaz city held a rally in front of the Khuzestan governor’s building near the Salman water supply canal to protest water shortages. Teachers of Green Result-Letter rallied in front of the Ministry of Education building in Tehran. Staff of Imam Khomeini Hospital in Karaj gathered after receiving inaccurate salary payments in the hospital area. Izeh preschool teachers rallied in the city’s education building and protested uncertainty over their employment status. Persian Gulf Holding staff protested in front of the gate of the special Mahshahr site. Protestors called on their demands to be addressed. 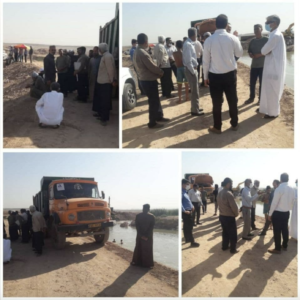 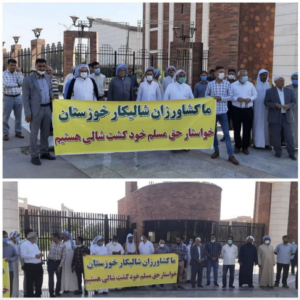 Workers from the Persian Gulf Holding: 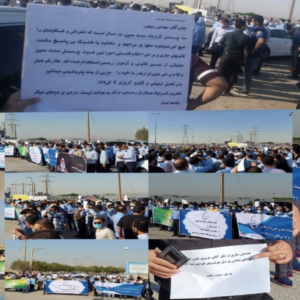 Farmers from different villages of Ahvaz: 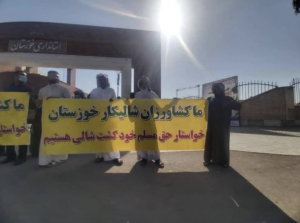 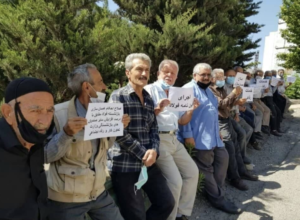 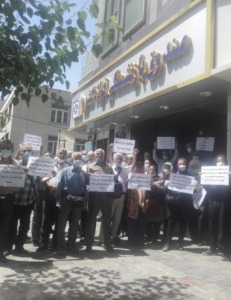 Teachers and staff of non-profit schools in Tehran and Isfahan: 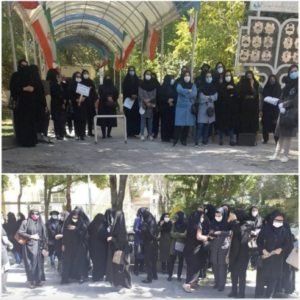 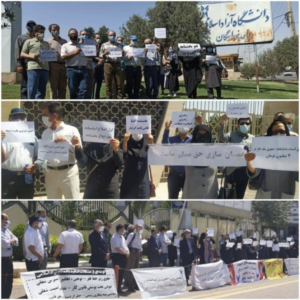 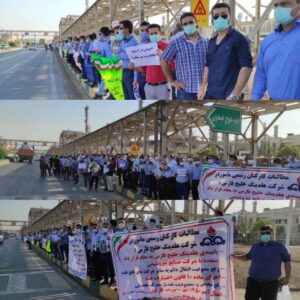 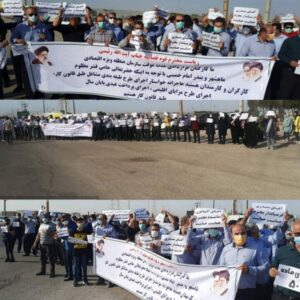 Service staff of the National Iranian Drilling Camp in Ahvaz: 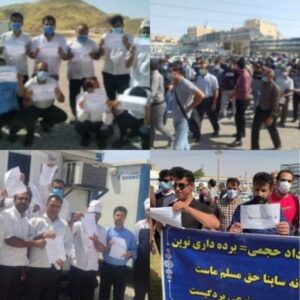 A group of Haft Tappeh Sugar Cane workers protested in front of the management office complex. A group of landowners in the new city of Pardis gathered in front of the Judiciary building, several of whom lost money to the Mehr View Housing project in Tabriz, at the project’s site.  Masjed-e-Soleiman ranchers who lost their livestock to sewage water pollution of Masjed Soleiman Petrochemical protested the devastating oversight.  A group of bus drivers in the bus terminal of Shiraz held protest rallies and called on their demands to be addressed. 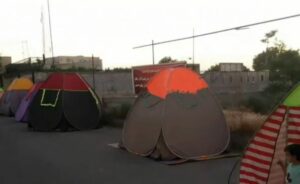 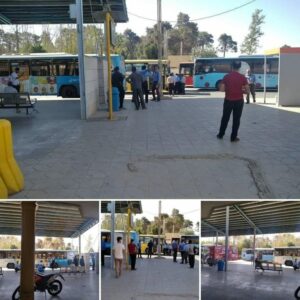 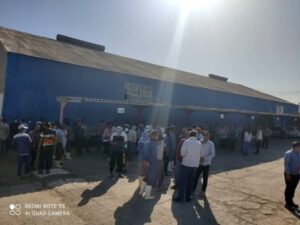 Workers of Haft Tappeh Sugarcane Cane, who say they have not yet received their salaries for the past two months, rallied for the third day in a row in the company’s yard. Police responded violently to the demonstration. In Tehran, BRT bus drivers  rallied to call on their demands to be addressed.