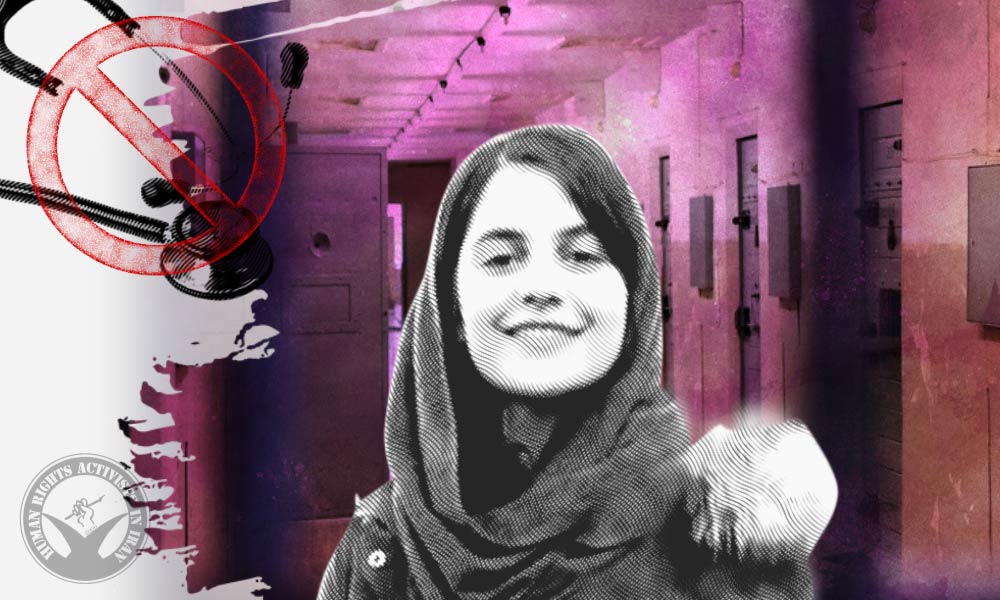 Authorities at Evin Prison refused to send political prisoner Forough Taghipour to a hospital outside prison despite her urgent need for medical care.

According to HRANA, the news agency of Human Rights Activists, on August 30, 2022, political prisoner Forough Taghipour was denied access to medical care after she refused to be sent with handcuffs.
An informed source told HRANA that despite the physicians’ approval, prison officials refused to send Taghipour out without handcuffs.
On February 24, 2020, security forces arrested Taghipour and her mother, Nasim Jabbarian, in Tehran and transferred them to Ward 209 of Evin Prison. Taghipour’s mother was released on bail, but she was relocated to Qarchak prison in Varamin.
The Revolutionary Court of Tehran sentenced Taghipour and her mother to five and three years respectively on the charges of “membership in an anti-regime party (the Mujahedin-e-Khalq)”, “assembly and collusion against national security”, and “propaganda against the regime”. Jabaraian was exonerated from all charges on appeal but Taghipourr’s verdict was upheld.
In an open statement, Taghipour and two other political prisoners, Zahra Safai and Marzieh Farsi, informed the public that they faced a new case and were sentenced each to one year and three months in prison on the charge of “propaganda against the regime”.