HRANA News Agency – Abdul Rahman Sangani and Ghasem Abesteh, two Sunni prisoners of conscience in Rajai Shahr prison in Karaj, are facing severe health deterioration. However, they have been denied access to health services. Half of Mr. Sangani’s body is numb and his eye is damaged. Ghasem Abesteh who has been in prison since 9 years ago, has been informed that based on his medical tests, he has been diagnosed with thyroid cancer. Despite the confirmation of the prisoner’s condition of cancer, authorities in Rajai Shahr prison in Karaj have kept both of these people deprived of access to the necessary medical services.

According to the report of Human Rights Activists News Agency in Iran (HRANA), Ghasem Abesteh, Sunni prisoner in Rajai Shahr prison in Karaj who has been in jail for the past 9 years, has been diagnosed with thyroid cancer. END_OF_DOCUMENT_TOKEN_TO_BE_REPLACED

According to the report of Human Rights Activists News Agency in Iran (HRANA), Davood Abdollahi, Kamran Sheikhi, Farhad Salimi, Anvar Khezri, Khosrow Besharat, Ghasem Abesteh and Ayoub Karimi, are the seven Sunnis prisoners who were detained since December 7, 2009 and have been sentenced to death. END_OF_DOCUMENT_TOKEN_TO_BE_REPLACED

According to the report of Human Rights Activists News Agency (HRANA), more than 70 Sunni prisoners are kept in Rajaei Shahr prison with security and political allegations and have received their sentences under sacrilege charge. These prisoners are usually residents of western parts of Iran and are kept kilometers far from their hometown. END_OF_DOCUMENT_TOKEN_TO_BE_REPLACED 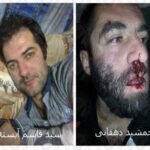 HRANA News Agency – Two Sunni prisoners of conscience in Iran who had been transferred to hospital on Tuesday after a deterioration in their condition were prevented from receiving medical treatment by officers in charge of their case.

According to the report of Human Rights Activists News Agency (HRANA), Jamshed Dehghani and Ghasem Abesteh were transferred from Rajai Shahr prison to the Imam Khomeini hospital in Tehran on 16 December 2014. END_OF_DOCUMENT_TOKEN_TO_BE_REPLACED 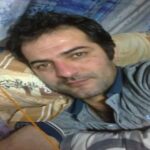 HRANA News Agency – Sunni prisoner of conscience Ghasem Abesteh, who is suffering from a kidney infection, is being deprived of proper medical care by officials at Rajai Shahr prison in Karaj.

According to the report of Human Rights Activists News Agency (HRANA) in Iran, despite suffering from intense pain in his kidneys that has left him mostly confined to bed and unable to carry out daily activities, the prison infirmary has failed to provide treatment for the infection, instead prescribing only Paracetemol tablets. END_OF_DOCUMENT_TOKEN_TO_BE_REPLACED