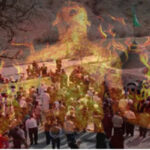 HRANA News Agency – Two followers of Ahl-e Haqq in Kurdistan set themselves on fire in protest to the persecution of another member of this group.  Ahl-e Haqq is a religious minority whose members are mostly ethnic Kurds.

END_OF_DOCUMENT_TOKEN_TO_BE_REPLACED

Cab drivers are on strike in Kamyaran 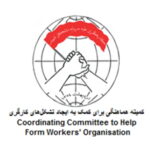 END_OF_DOCUMENT_TOKEN_TO_BE_REPLACED

Workers of Flarc Company on Strike for Unpaid Wages

HRANA News Agency – One hundred workers of Flarc Company in Kamyaran County have gone on strike to demand their unpaid wages for the last five months.Flarc Company is a contractor working on a project to build an irrigation system utilizing rain for farmlands.

According to a report by the Coordinating Committee for the Establishment of Labor Organizations, workers of Flarc Company in the village of Alak, Kurdistan Province, are on strike for their back wages.Flarc Company employs 100 workers and staff who haven’t been paid for five months.The workers have been on strike for more than two days and have blocked the company’s entrance preventing managers to enter the building or various equipment to be transported in an out of the grounds.

HRANA News Agency – During the last few days and while simultaneously celebrating the Army Day in the Islamic Republic of Iran, tense situation and tight security measures have been imposed in the city of Mahabad [Northwestern Iran, Kurdistan].

According to a report by Human Rights Activists News Agency (HRANA), the city of Mahabad has witnessed an increased presence of military and security forces throughout town in the past two days.

Police forces, Iranian Revolutionary Guard, the local Basiji militia, and plainclothes officers have been positioned on and around Hekmat Bridge, streets leading to Koohsar and Madar Squares, stations 1 and 2 of Farhangian region, Mokhaberaty Farhang Street, Salehi Farhangian Street, the hills around Melat Park and the region surrounding this park.  The heavy presence of security and military forces has created a tense atmosphere of fear and apprehension.

Additionally, the presence of military and police vehicles throughout the city has caused heavy traffic and is interfering with the daily lives of the residents.

Unlike previous years, simultaneous maneuvering of military troops and police forces has been conducted between Koohsar and Madar Squares.