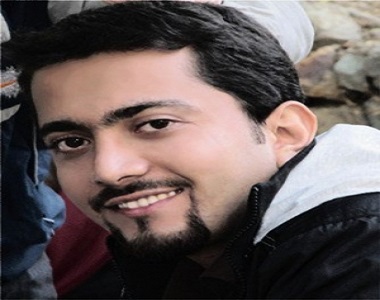 Mehdi Tajik has been sentenced to 27 months of prison and went to the section 350 of the Evin prison last February. END_OF_DOCUMENT_TOKEN_TO_BE_REPLACED

HRANA News Agency – There are more than 206 political prisoners in the 350 and women’s sections of the Evin prison. This includes both who have definite sentences and those who are under temporary arrest.
Although the section 350 is one of the public sections of the Evin prison, the prisoners there are prevented from their basic rights like telephone contact or meeting their families.
Here is the list of these 206 prisoners prepared by the Human Rights Activists News Agency (HRANA): END_OF_DOCUMENT_TOKEN_TO_BE_REPLACED

HRANA – Mehdi Tajik a Tehran University student and a human rights activist has been sentenced to 27 months in prison and a 30 year prohibition of political activity. The sentence was handed down by the Revolutionary Court, Branch 26.

His original crime was association and plotting against national security and had been sentenced to a 2 year sentence, a 91 day sentence for propaganda against the Government, and a one million touman ($1000) penalty for insulting the President.

He has been banned from reporting, blogging, interview, writing articles and even analysis of political events, as well as membership in any party or affiliation with any party, and any political activity.

This while there has been no evidence of any political activity presented in the Court pertaining to the post-election developments.