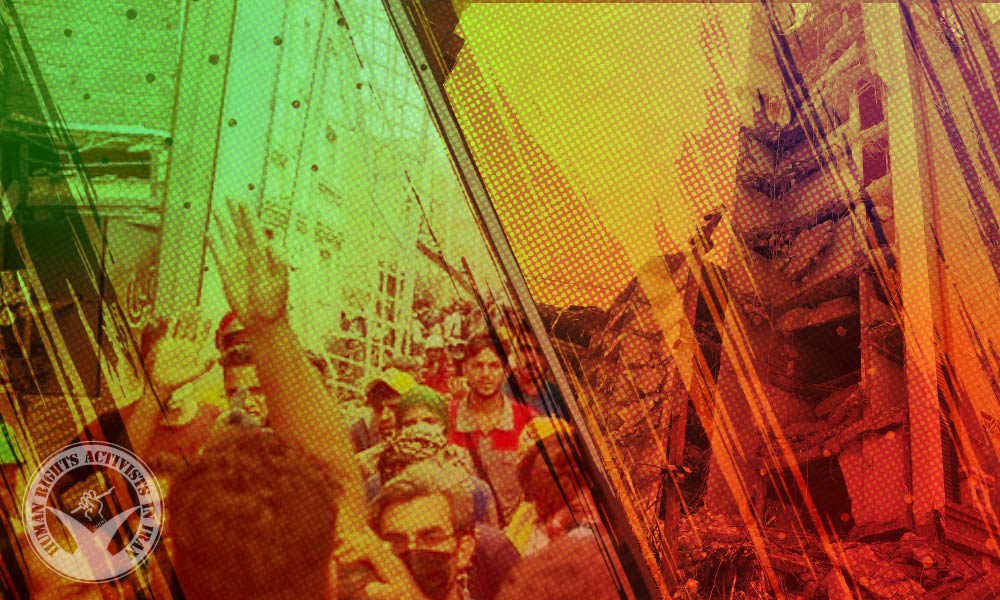 In recent days, following the collapse of a building in Abadan in Khuzestan Province which led to the death of 29 people declared so far, hundreds of citizens in Abadan, Ahvaz, Shahin-Shahr, Shahr-e-Rey, Andimeshk and Khorramshahr demonstrated against the government, more specifically on the issues related to corruption, low safety standards, and mismanagement. People protested against authorities and influential individuals whose corruption, incompetency and failure to impose safety standards on the construction contributed to the disaster. They also blamed shortcomings in rescue operations and equipment for such a high death toll.

So far, a number of protestors have been arrested. Anti-riot forces have been present on the scene, turning peaceful protests into a violent showdown.

On Monday, May 23, 2022, 10-story building which was under construction known as Metropol collapsed in the city of Abadan in Khuzestan Province. Dozens of people were killed, injured or trapped in the rubble. The experts of the Abadan Engineering Organization had already warned about the safety deficiencies and announced that for these safety issues, the building should not be inaugurated. Nonetheless, the construction continued.

Although the causes of the collapse have not been investigated yet, many argue that the lack of construction oversight by the municipal officials who are themselves the shareholders of this project led to this disaster.

Moreover, the government’s failure to provide adequate emergency response and proper rescue equipment caused anger and criticism toward the officials. According to some victims’ families and protestors, the officials’ failure to provide the required equipment hindered the debris removal operation, which led to the death of more people who were trapped under rubble. Moreover, the government did not cancel a state-run celebration in a sports stadium, which further angered the populace.

Initially, people gathered for mourning after the building collapse which turned into the marching in streets and spread to additional cities. In Abadan, Ahvaz, Shahin-Shahr, Shahr Ray, Andimeshk and Khorramshahr, people marched and chanted slogans against the Iranian regime.

On Friday, the protests turned violent in some cities as the police attempted to scatter the crowds with tear gas and pellet guns. Many protestors were beaten in Ahvaz and Shahin-Shahr .

The protests continued on Saturday and Sunday. In Andimeshk, Abadan, Shahr-e-Rey, and Dezful, people marched and chanted “death to the dictator”, “the clerics must go away”, and other anti-regime slogans.

On Sunday, officials in Abadan attempted to hold a supervised mourning gathering. According to reports of eye-witnesses obtained by HRANA, during the gathering, people began to chant anti-regime slogans, did not allow the assigned cleric to finish sermons, and left to march in the streets.

The map below shows the geographical distribution of protests: 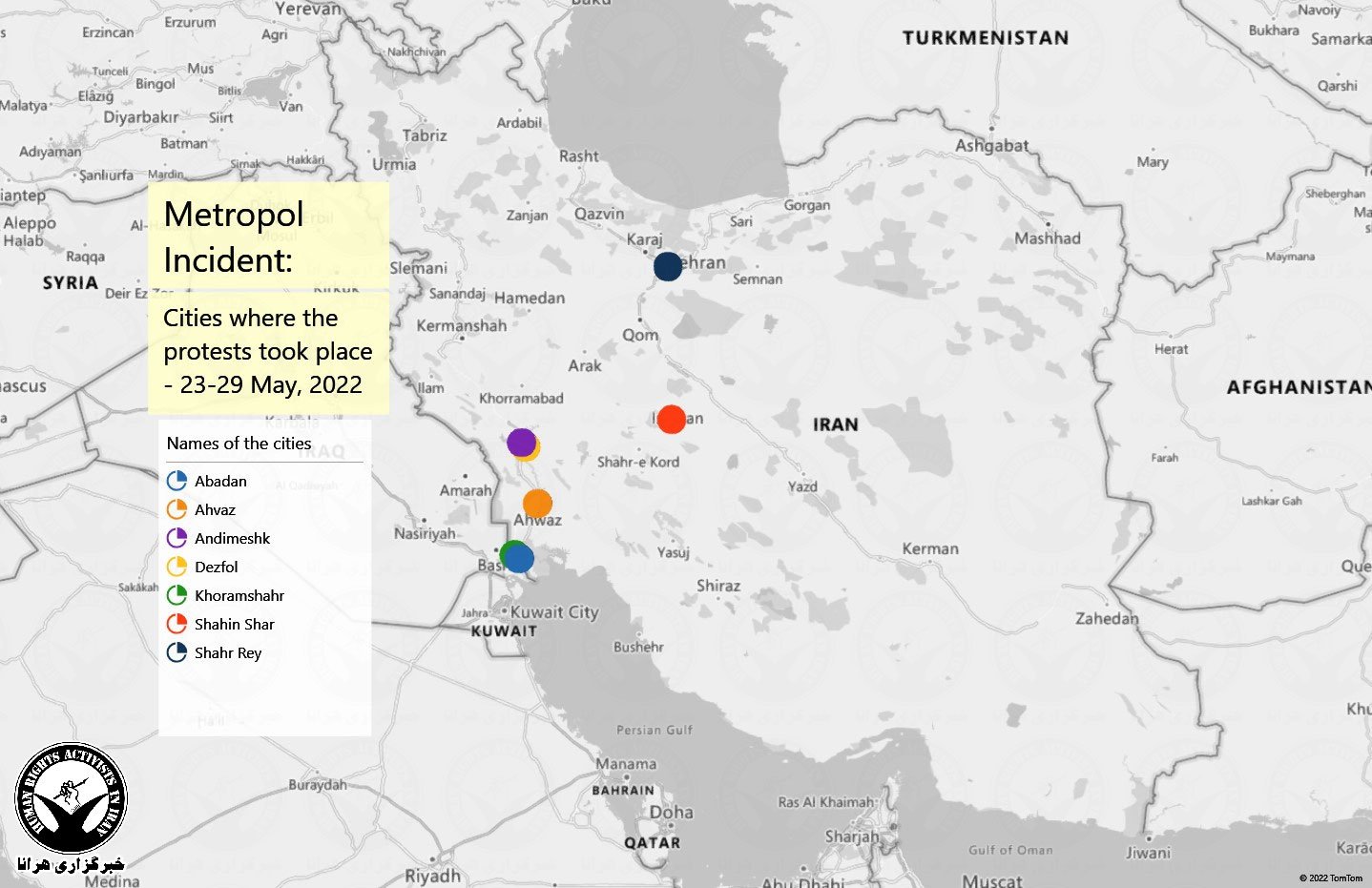 On Friday, Netblocks, a watchdog organization that monitors global access to the internet reported disruption on the internet in Iran. Some local sources have also reported the internet and phone disruption to HRANA. These reports were in Abadan, Ahvaz and Khorramshahr.

Dozens of people have been arrested during these protests. So far, HRANA has identified four individuals who were arrested as Ali Fartoosi, Aghil Amoori, Mohammad Fartoosi, and Hamid Fartoosi. These individuals were arrested and transferred to an unidentified location. Also, on Thursday, Karim Aldninawi, an Arab poet and resident of Shush City, was arrested following his criticism of the government in a video post on social media.

The following video is a compilation of 44 verified video reports on current protests.