Ali Akbar Baghani Exiled to the City of Zabol 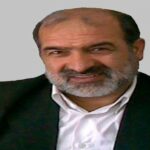 HRANA News Agency – At the same time with the “Teachers day” in Iran, Ali Akbar Baghani, Vice-President of the Teachers Union, who was recently released from prison, in continuation of his sentence was exiled for 10 years to Zabol city in Sistan and Baloochestan province.

According to the report of Human Rights Activists News Agency in Iran (HRANA), Ali Akbar Baghani, Vice-President of the Iranian Teachers’ Trade Union, who had been sentenced to one years imprisonment and 10 years exile to Zabol city, in the case of 2010 by branch 26 of the Revolutionary presided by Judge Pir Abbasi, on charges of propaganda against the regime, was sent to exile. END_OF_DOCUMENT_TOKEN_TO_BE_REPLACED

According to the report of Human Rights Activists News Agency in Iran (HRANA), this imprisoned teacher was held in the ward of general crime prisoners, in ward 3 of Rajai Shahr prison, in Karaj, before being transferred to hall 12 of this prison. END_OF_DOCUMENT_TOKEN_TO_BE_REPLACED

HRANA News Agency – Ali Akbar Baghani, the secretary general for the Teacher’s Union in Iran, was sentenced to one year in prison and 10 years in exile to Zabol City, by branch 26th of Tehran’s revolutionary court.

According to a report by Human Rights Activists News Agency (HRANA), Judge Pir Abassi at branch 26th of Tehran’s revolutionary court, sentenced Ali Akbar Baghani to 1 year in prison and 10 years exiled to Zabol, a city far in eastern south of Iran. This verdict was issued based on his case from 2010 on charge of propaganda against system.

END_OF_DOCUMENT_TOKEN_TO_BE_REPLACED

Two Members of the Iranian Teachers’ Union Arrested in Yazd

END_OF_DOCUMENT_TOKEN_TO_BE_REPLACED

Rise in Detainment and Pressures on Teachers During Teachers’ Week