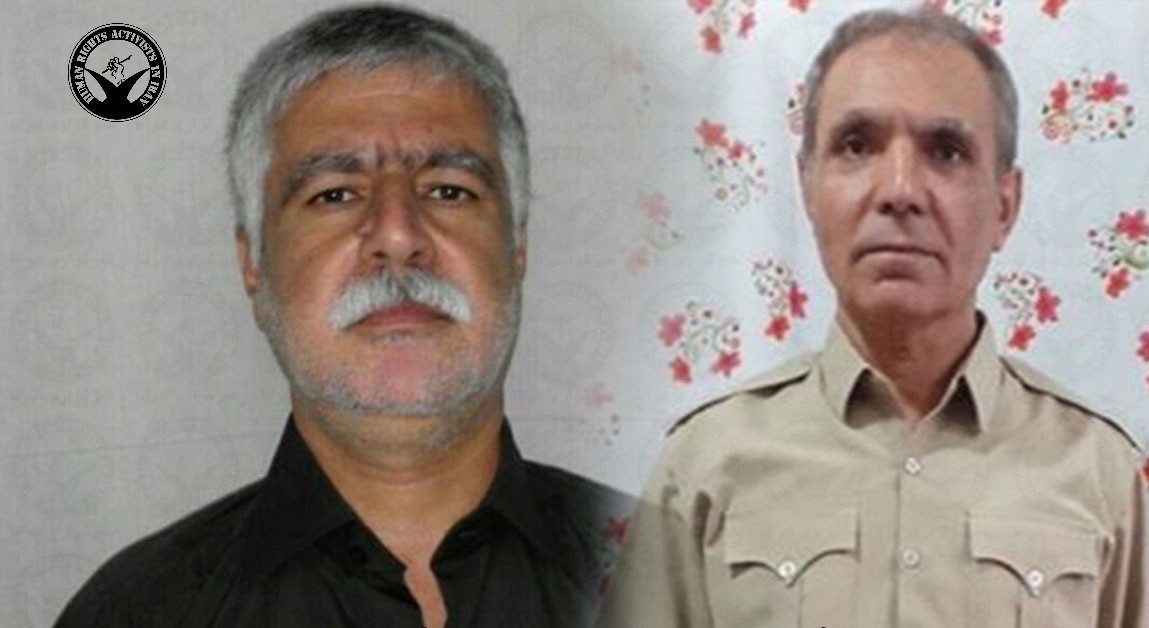 Osman Mostafapour (born in 1967) was arrested on July 14, 1991 and was tried in the same year. He was first sentenced to death by Judge Javaheri, in the Branch One of the Revolutionary Court of Urmia, on the charge of “assistant in murder”. Then, this verdict was reduced to 10 years of imprisonment at the appeals court in 2000. In the same year, he was summoned to the Branch 3 of the Revolutionary Court for his second case and he was sentenced to 25 years imprisonment on the charge of “cooperating with one of the Kurdish Opposition groups”. He was sentenced to 35 years in prison for both cases. Osman Mostafapour had not had any furlough in the past 28 years of imprisonment since 1991.

Mohammad Nazari, born in 1971, was arrested on the charge of “cooperating with one of the Kurdish opposition groups” in 1994, in Bukan. He was sentenced to death while he refused the charges and claimed that the he had confessed under torture. That sentence was reduced to life imprisonment five years later. Mohammad Nazari had not had any furlough in the past 25 years of his imprisonment since 1994.

HRANA News Agency – Mohammad Nazari, a political prisoner in Orumieh prison, suffers from gallbladder disease. He had been sent to hospital with prosecutor’s permission in recent days, but he has been transferred to prison for recurrence of illness and the diagnosis of doctors said that he should undergo a surgery.
According to the report of Human Rights Activists News Agency in Iran (HRANA), Mohammad Nazari, political prisoner in Orumieh Central Prison, suffers from gallbladder disease. END_OF_DOCUMENT_TOKEN_TO_BE_REPLACED

HRANA News Agency – Mohammad Nazari is a political prisoner in Urmia Prison who was transferred there from Rajai shahr prison in Karaj in November 2017, due to protests against the prison conditions and the violation of prisoners’ rights. Despite medical problems, including kidney discomfort, he is still suffering from insufficient medical treatment due to absence of a doctor in the prison.
According to the report of Human Rights Activists News Agency (HRANA), Mohammad Nazari is being deprived of having access to medical services due to a shortage of personnel and the absence of a doctor in the prison clinic. END_OF_DOCUMENT_TOKEN_TO_BE_REPLACED

HRANA News Agency – Rajai Shahr prison in Karaj where in recent months has been the scene of the crisis caused by the pressures on the political prisoners and their mass strike, despite the passage of time, continues to face other challenges, such as lack of proper nutritional and medical treatment.
According to the report of Human Rights Activists News Agency in Iran (HRANA), almost 53 political prisoners at Rajai Shahr prison in Karaj have been transferred to new and security hall in July. There are the deprivations which have been imposed on prisoners in this hall where even the toilets are equipped with CCTV cameras. END_OF_DOCUMENT_TOKEN_TO_BE_REPLACED

HRANA News Agency – Mohammad Nazari, ill political prisoner in Rajai Shahr prison in Karaj, who has spent nearly 23 years of his life in prison, despite prison doctors’ request, faces opposition from the judiciary to send him to the hospital. On the other hand, during the last few days, this prisoner’s request for parole was refused.
According to the report of Human Rights Activists News Agency in Iran (HRANA), Mohammad Nazari, political prisoner in Rajai Shahr prison, who suffers from heart disease and lumbar disc, has been imprisoned since nearly twenty-three years without leave and in lack of medical care in prison. END_OF_DOCUMENT_TOKEN_TO_BE_REPLACED

HRANA News Agency – Seven political prisoners with a life sentence in Rajai Shahr prison in Karaj, have been held since 12 to 23 years ago without furlough in the prison.
According to the report of Human Rights Activists News Agency in Iran (HRANA), seven political prisoners, namely Mohammad Nazari, Karim Maroof Aziz, Omar Faghihpour, Khaled Fereidoni, Said Masouri, Afshin Baymany and Hamzeh Savari, respectively, have been held for 23, 20, 17, 16, 16, 16 and 12 years and have a total of 120 years of imprisonment. END_OF_DOCUMENT_TOKEN_TO_BE_REPLACED

HRANA News Agency – Prisoners who have been charged with Muharebeh according to the old Penal Code, would find the chance of a retrial, after the changes and may receive reduction in their sentences or be released. Currently there are tens of prisoners who have been sentenced to life-time prison on charge of Muharebeh, at least 26 of whom are the men. The following list is the second list of prisoners with the charge of Muharebeh.
According to the report of Human Rights Activists News Agency (HRANA), at least 26 male prisoners are sentenced to life-time prison on charge of Muharebeh in different prisons around the country. Due to the changes in the Islamic Penal Code in 2013, these prisoners may request for a retrial. Some might receive reduction in their sentences and some others who have served many years in prison may get released. END_OF_DOCUMENT_TOKEN_TO_BE_REPLACED

HRANA News Agency – More than 70 political prisoners are kept in Rajaei Shahr and Evin prisons who have been charged with Muharebeh. Considering the recent changes in the penal code, they need to be re-tried. After a re-trial most of these prisoners are expected to be released. HRANA published the names of 32 prisoners of these two prisons who have been charged with Muharebeh.
According to the report of Human Rights Activists News Agency (HRANA), considering the fact that article 186 has been superseded, political prisoners with the charge of Muharebeh need to be re-tried. Therefore the names of 32 prisoners who are imprisoned in Evin and Rajaei Shahr prisons on this charge are being published by HRANA. END_OF_DOCUMENT_TOKEN_TO_BE_REPLACED