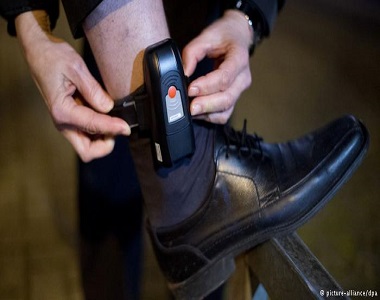 HRANA News Agency – The following list includes names, warrants and charges of more than 80 political prisoners, prisoners of conscience and security in Rajai Shahr prison which has been prepared by the reporters of HRANA.
A diverse range of prisoners charged with political, conscience, military and security allegations are being held in Rajai Shahr prison. Although many of these prisoners are kept in separate rooms in Hall 12 but a large number of these prisoners are being kept also between non-political, criminals and sometimes dangerous prisoners unlike the principle of separation of crimes. END_OF_DOCUMENT_TOKEN_TO_BE_REPLACED

HRANA News Agency – Mehdi Farahi Shahndiz, political prisoner in Rajai Shahr Prison, in Karaj, who has been sentenced a total 9 years imprisonment on charges of insulting the leadership in three times, must stay in prison until 2019.
According to the report of Human Rights Activists News Agency in Iran (HRANA), out of these three cases, two sentences have been issued while Mehdi Farahi Shahndiz was kept in prison. END_OF_DOCUMENT_TOKEN_TO_BE_REPLACED

HRANA News Agency – Mehdi Farahi Shandiz, political prisoner in Rajai Shahr Prison, in Karaj, was sentenced to 3 years imprisonment for the third time with the quite similar charges, in fact, first two times were during his imprisonment, and in this way, he should spend 9 years in prison.
According to the report of Human Rights Activists News Agency in Iran (HRANA), regarding the court verdict, issued on 26th May, Mehdi Farahi Shandiz was sentenced to 3 years imprisonment by the branch 28 of the Revolutionary Court, presided by Judge Moghiseh, on charges of insulting the Supreme Leader, and disturbing public order, and this is despite the fact that he has not been informed about the Court hearing, and also the decision was not delivered to prisoner or the prisoner’s lawyer, and was directly stated on the prisoners situation statement. END_OF_DOCUMENT_TOKEN_TO_BE_REPLACED

According to the report of Human Rights Activists News Agency (HRANA), he is transferred from ward number 8 to solitary confinement of ward number 240, on Monday December 9. END_OF_DOCUMENT_TOKEN_TO_BE_REPLACED