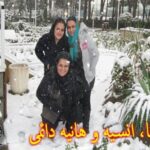 According to the report of Human Rights Activists News Agency in Iran (HRANA), this decree has cleared Athena Daemi and her sisters of the alleged refusal to execute an arrest warrant, but Branch 1162 Penal Court of Tehran, presided by Judge Ali Babaei, on charge of “insulting officers in the line of duty” says: “Charges are clear and indisputable, and according to Article 609 of the Penal Code Act of 1978, each defendant has been sentenced to three months and one day imprisonment, counting the days of previous detention, and by considering specific circumstances of the second and third row of the accused, the court do not interest to sentence them now and according to the articles 46 and 49 of the Penal Code Act of 2013, has suspended the sentence for one year”. END_OF_DOCUMENT_TOKEN_TO_BE_REPLACED 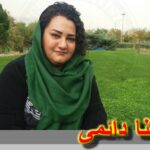 HRANA News Agency – Atena Daemi, imprisoned human rights activist in Evin Prison, has gone on hunger strike in protest against “the fake case” and judicial condemnation of her family members. Ms. Daemi has lost 10 kg weight and has physical problems.

According to the report of Human Rights Activists News Agency in Iran (HRANA), Atena Daemi, human rights defender who is imprisoned in the women’s ward in Evin prison, has gone on hunger strike to protest against the conviction of her sisters, Ensieh and Haniyeh Daemi, as “hostages” of the families of political prisoners, since the morning of Saturday April 8, 2017. END_OF_DOCUMENT_TOKEN_TO_BE_REPLACED 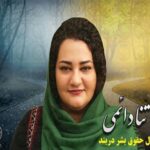 According to the report of Human Rights Activists News Agency in Iran (HRANA), the trial of two sisters of Atena Daemi and her brother in law was held in Branch 4 of Shahid Moghadas Court on January 23, 2017. END_OF_DOCUMENT_TOKEN_TO_BE_REPLACED