On January 12, five workers lost their lives in six separate workplace accidents and six more were severely injured due to unsafe workplace conditions.

According to HRANA, the news agency of Human Rights Activists, quoting ILNA, in Kermanshah city, a 34 year old construction worker fell from the seventh floor of a building under construction and died.

IRIB News Agency reported that in Sardasht City, a 50 year old man working on the exterior wall of a building, the wall collapsed due to rainwater permeation. The man’s head was injured severely.

IRIB also reports that in a mine near Tinuj village, Markazi Province, one miner died and five others were injured by carbon monoxide poisoning.

According to ILNA, a worker at the Electricity Distribution Company in Lahijan died after 180 days in a coma after being electrified at work.

According to ROKNA, a worker identified as Peyman Javadi died while working on an oil well at his job. He was employed by Aghajari Oil Company in Khuzestan Province.

ROKNA also reported that a municipal worker in Kordkuy City died from injuries obtained during a workplace accident. The 30 year old was cleaning a garbage truck when the carjack failed and the vehicle slipped and fell on him.

According to HRANA, the news agency of Human Rights Activists, quoting Tasnim News Agency, a lift inside a food production factory based in Qom City malfunctioned and fell, leading to the death of a female worker inside.

“Following this accident, the judiciary ordered closure of the factory until safety deficiencies are fixed,” the Director-General of Cooperatives, Labor and Social Welfare of Qom City commented.

“Around 13:30, in a wharf, due to a technical problem in the engine, a fishing boat caught on fire and the fire spread to three adjacent boats. In this accident, a fisherman lost his life and another was severely injured,” commented Bandar Lengeh’s governor, Ahmad Sheybani. 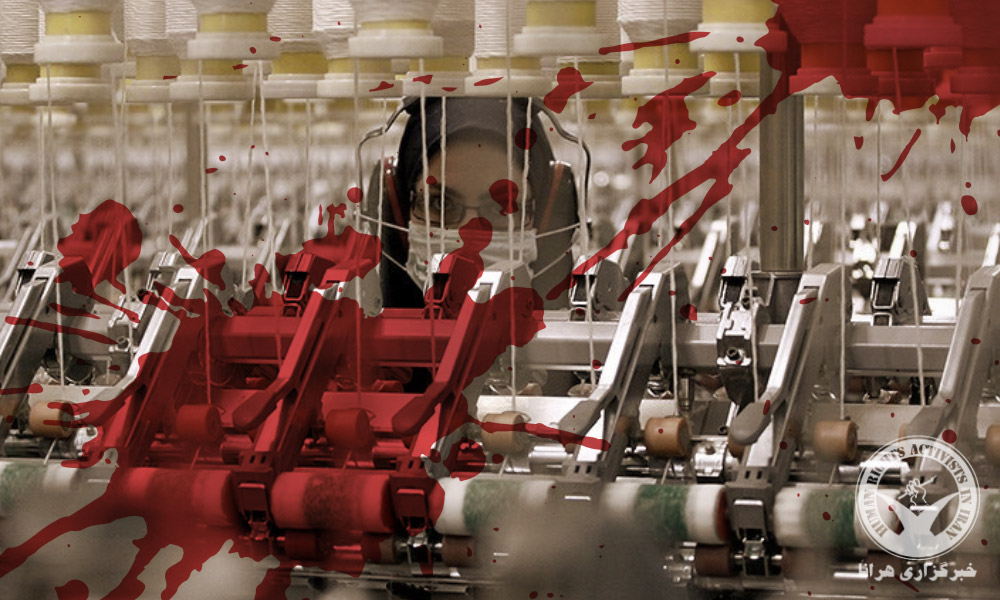 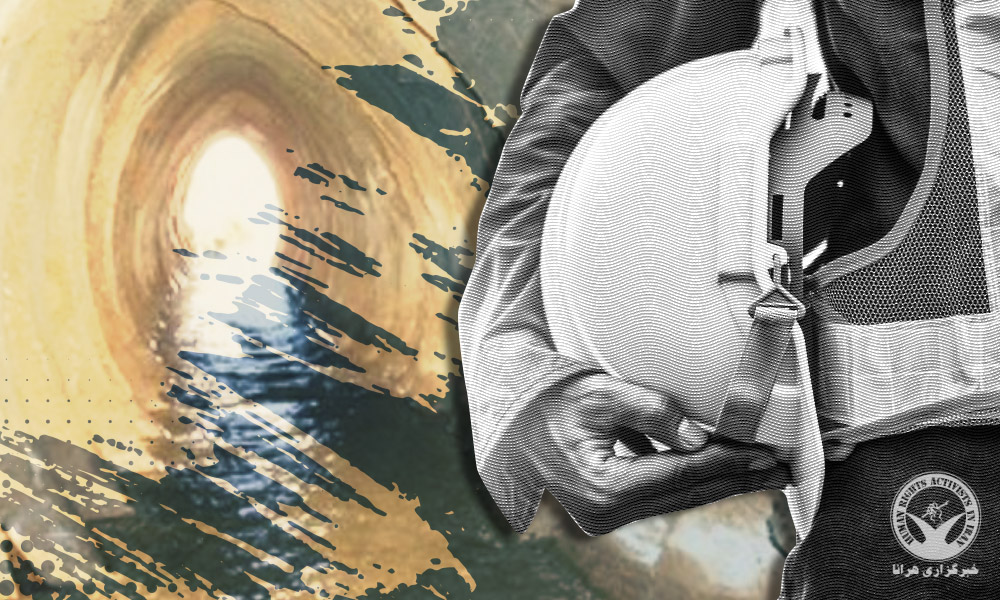 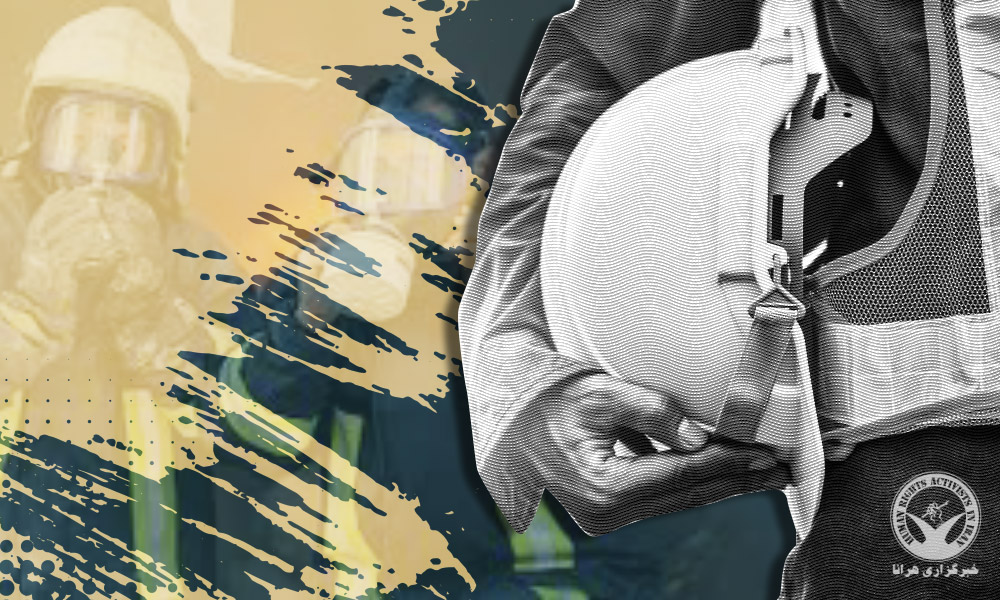 On Tuesday, October 26, in Abhar City, unsafe workplace conditions at steel company Fulad-Nab Arash led to a fatal accident in which four workers were killed and three injured.

According to HRANA, the news agency of Human Rights Activists, quoting ISNA, the cause of death for the three killed workers was nitrogen asphyxiation.

“On Tuesday at 4 pm, the medical emergency center was called about a work accident in Fulad-Nab Arash Company located in one of the industrial estates in Abhar City,” the public relations officer of the medical emergency of Abhar commented. “Immediately three ambulances were dispatched to the spot.”

He added, “One worker lost consciousness due to suffocation by nitrogen gas. Two others rushed to save him, but, unfortunately, they  suffocated too and all three lost their lives on the spot.”

The medical superintendent of forensic medicine of Abhar added that four other workers were injured. Three have been discharged from the hospital and the last is still under medical treatment.

The medical superintendent of forensic medicine in Lorestan Province reported that only in the first six months of this year, 346 workers have killed or injured in this province.

In recent days one worker lost his life and two others were injured due to due to unsafe workplace conditions.

According to HRANA, the news agency of Human Rights Activists, quoting ILNA, spokesperson of the Tehran Fire Department Jalal Maleki announced the severe injury of one firefighter during a recent firefighting operation.

“At 1:24 am, the Fire Department was called on about an extensive fire in a commercial building and immediately firefighters of five stations dispatched to the spot,” Maleki commented. “The building had three floors as well as an attic. On the third floor, five stores were totally burned and the fire (had) spread to the attic. When the firefighters reached on spot, the fire had swept through the entire third floor. They began immediately to extinguish the fire with regard to all (safety) issues. But a part of the roof was demolished and one of the firefighters who was wounded was transferred to the hospital.”

According to IRIB, a fire incident in a cotton products factory in Garmsir City caused injury to a worker.

“Two teams were dispatched to the spot and extinguished the fire after thirty minutes,” the head of the fire department in Garmsir City commented.

According to him, a man about 70 years old was injured from the fire and subsequently transferred to a hospital.

According to ISNA, the head of the fire department of Mashhad City additionally announced the death of a young worker due to the debris falling in a building during the demolition process.

According to him, for unknown reasons, the debris fell on a worker and killed him, after which firefighters pulled his body from the debris.