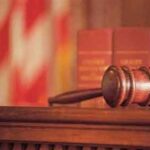 8 of them have been sentenced to death by Judge Mogheyse the head of the branch 28 of revolutionary court. END_OF_DOCUMENT_TOKEN_TO_BE_REPLACED

Four Executions, Three in Public / 10 sentenced to death were transferred